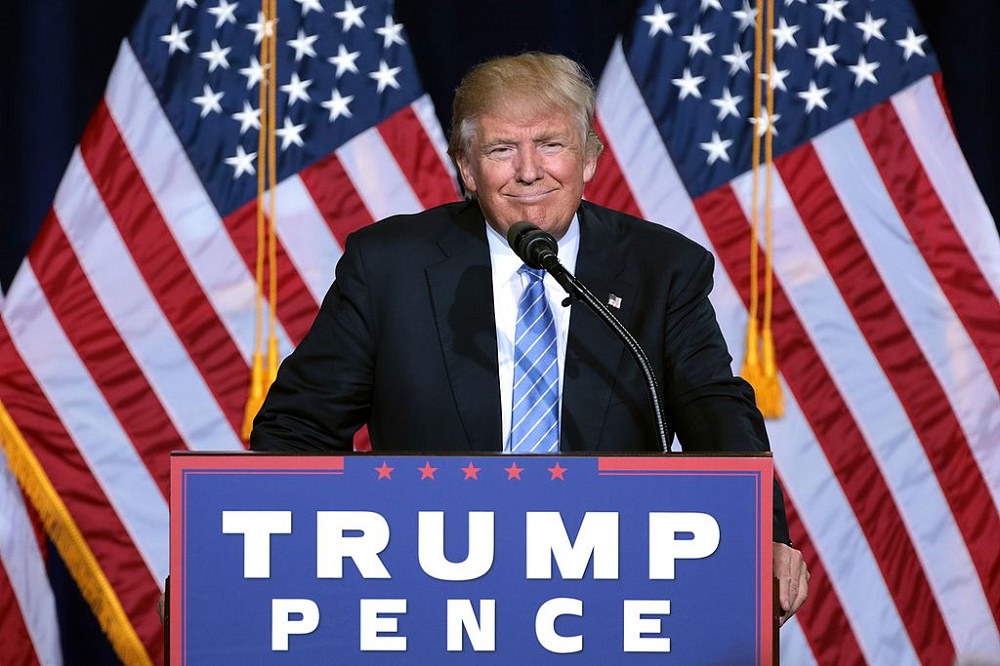 International street paper staff and vendors have responded with surprise and apprehension following the election of Donald Trump as the next President of the United States of America.

INSP represents 32 street papers in the US, and for these papers there were immediate concerns, as well as determination to continue offering opportunity to some of the poorest and most marginalised members of their communities.

« I am very surprised he was elected. Very surprised that half of voters could overlook all the horrible things he has been saying, » said Paula Lomazzi, the director of Homeward Street Journal in Sacramento, California – one of the states that strongly supported Hillary Clinton.

« I am afraid of how bad our national policies can go… climate change, foreign relations, immigration, sexism, racism. But I also feel hopeful that our organising for social justice will become more galvanised. »

Vendor and artist Joe Jackson first wanted to send a message to his current President. « I want to thank Obama for the phone and the healthcare, » he said. « Me as Joseph Jackson, being homeless, it is frustrating to have Trump as our president. He doesn’t have interest for the people. For our safety. »

The District of Columbia has voted for the Democratic candidate in every presidential election since it gained the right to vote for president in 1961. More than 90% of voters there backed Clinton.

« Being homeless, it is frustrating to have Trump as our president »

Jackson’s fellow vendor, Frederic John, wondered how Trump planned to keep his promised to be a « president for all Americans ».

« Having endured your ripostes against the disabled; entitlement recipients; Democrat voters; and supporters of Hillary: let me say I am all of the above, plus a fixed-income senior, an American of mixed race, a liberal, and a former professional photographer now left without cameras or film, » he said. « How, may I ask, will you reach out as a unifier to people like me? »

Delphia Simmons is the editor of Thrive Detroit in Michigan – one of the u2018Rust Belt’ states that appears to have flipped from Democrat to Republican to give Trump the presidency.

« The outcome of this election does not reflect the will of the majority of the people in this country. I am sure of it! » she said. « Rather, it exposes a democracy that is other than what it purports to be and is straining under the weight of that duplicity. We must fix this! That’s what this outcome is shouting to all of us. Inequality, disenfranchisement, and all the other systemic realities in this country cannot coexist with true democracy. »

« As a biracial Black woman with a multi-racial family, I feel the increased level of danger to me and my loved ones »

Seattle was another strong area for Clinton. Tara Moss, operations manager for the city’s street paper Real Change, said that Trump was dangerous.

« Trump is hazardous in so many ways. He is validating some seriously harming beliefs and becoming a mobiliser of hate that is not going to go away after the election. As a biracial Black woman with a multi-racial family, I feel the increased level of danger to me and my loved ones. »

However, among her liberal peers, she was concerned that what she calls « Trump talk » may become a distraction, stopping people from continuing to engage with this issues that still face communities.

« People are spending too much of their time commiserating about Trump when we should be using those valuable minutes and hours discussing what’s wrong in our own neighbourhoods, schools, criminal justice system, social service systems and lack of affordable housing, » she argued.

South of Seattle, in the similarly liberal city of Portland, the executive director of Street Roots, Israel Bayer said they had seen a mixed result from these elections.

« The November election brought big wins for housing across the country. There were 34 ballot measures for affordable housing nationwide. Twenty-seven of them passed, including measures in both Portland and Vancouver, Washington. Collectively, tens of thousands of people will be housed as a result of these measures, » he pointed out.

« More than 20 people at Street Roots, including 10 vendors, put in countless hours of work to help pass the measure. We also provided leadership and editorial content. Street Roots readers should be proud. »

But he said this felt like a « small victory » against the backdrop of Trump’s win and the increase in hate crimes.

« The new administration appears to be developing one of the scariest policy agendas our country has ever experienced. It’s important to not normalise these realities. It’s not normal to have fringe, right-wing, racist policy makers in the White House. We shouldn’t treat is as such, » he continued.

« To all of our friends and readers who continue to live in fear because of the colour of their skin or where they were born or their gender or the person they choose to love, Street Roots commits to standing up beside you no matter what comes in the days and years ahead. We are all in this together and we will use the power of the media to the best of our abilities to defend the rights of people, the press and overall humanity. »

European papers in Denmark and Germany offered support to their US counterparts.

Poul Struve Nielsen, the editor of Hus Forbi in Copenhagen, said: « Watching the US election on TV at a distance was like being awake in a nightmare.

« My personal conclusion is that we must stand together, show a good example, put love before hatred and keep up the work we do for the poor and the homeless wherever in the world we are. And the best wishes to our friends in the US. Our thoughts and prayers may not be for much use for you now. But at least you know that we support you and that we may soon be in same shit and in need of your support. »

« We will continue to fight for democracy, solidarity, justice and peace »

Meanwhile from Munich, Karin Lohr and Hildegard Denninger of BISS wrote about the continuing value of the street paper movement. « Street papers write about social issues, care for their vendors and give poor people a voice. Street papers spend time, money and empathy to bring the homeless and poor back into society.

« To all of us: don’t give up! We will continue to fight for democracy, solidarity, justice and peace. »

Not all of the street paper representatives who spoke to INSP were as critical of Trump, however.

Linda Dumont, managing editor of Alberta Street News in Canada said: « Of the two choices, Trump is the better one. I believe the people of the United States want change, and Trump represents change. »

Guy Boyer, a vendor and writer for L’Itinéraire in Quebec, Canada added: « Trump supporters: simpletons, u2018deplorables’ or just average citizens who have had it up to here with the establishment, the endless scandals and corruption, flagrant income inequality, golden parachutes, large-scale tax fraud and legal loopholes used by our leaders, and a justice system that’s bought and paid for?

« I’ve had it up to here with elites who turn a blind eye to elaborate, massive and widespread corruption. Yeah, it’s a protest vote. I don’t give a rat’s ass about Trump, he may be a clown, but since they take us all for clowns, let’s vote for that clown. »

Patricia Merkin, director of Hecho en Bs. As. in Argentina said she was « astonished » to think that Trump will soon govern the most powerful country in the world – but linked his victory to a global disenchantment with neoliberalism.

She blamed his victory on people feeling « exhausted of old politics », adding: « His victory is the reflection of the disintegration of the whole American political system. I do believe that is about time to rebuild the system, to bury neoliberalism for ever in the world and to create real redistribution of wealth. »